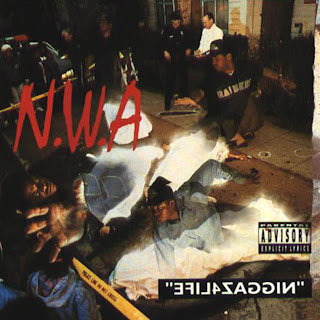 NWA's third full-length album, Niggaz4life, courts controversy in every imaginable way, from its title (printed backward on the cover, as a mirror image) down to its mercilessly misogynistic second half, and it remains shocking years later, no matter how many times the controversial aspects of the album have been exploited again and again by others.

Unfortunately, the shocking rhetoric which, to a degree unprecedented at the time of the album's release, revels in relentless obscenity, graphic sex, and extreme violence tends to overshadow the remarkable production work of Dr. Dre