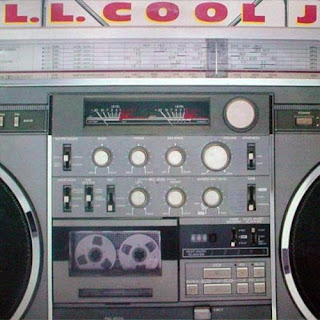 In 1984, when L.L. was 16, he met Rick Rubin, a student at NYU, who gave him his big break in music. Rick really liked L.L.'s music and decided to try to get him a record deal. Together, they made the single "I Need a Beat" and sent it to an artist manager named Russell Simmons. Simmons loved the single, and, in the same year, Rick and Russell co-founded the famous Def Jam Recordings; L.L.'s Debut album, "Radio," released in 1985, after securing a distribution deal for Def Jam with Columbia/CBS Records, was the label's first long-playing release. Even today, L.L. is considered one of Def Jam's most prized possessions.

So my mother coming out of the disco era was kinda into some original old school rap stuff.
Somehow i ended up with this LL Cool J - "Radio" Record From her i was about 11 then.
I heard all this scratchin in the music so this was the first record i ever attempted scratching on.. My mom knew i loved it so then i ended up with a Beastie Boys tape Later on from her....
Then i spend the rest of the time growing up hearing from her." Turn the rap shit off im sick of hearin fuck, fuck, fuck all day.. This was later when the exxplicit rap started to emerge.
He he he.. Hey mom you started it..