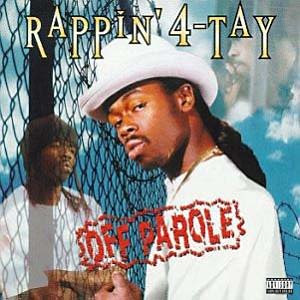 4-Tay made his debut on the Too Short album Life Is...Too Short, right after high school. Later he was convicted on drug charges and served ten months in prison. Upon his release from prison he released his debut album Rappin' 4-Tay Is Back in 1991, and followed up in 1994 with Don't Fight the Feelin', which included the hits "Playaz Club" (which sampled the song "Private Number" by William Bell and Judy Clay and hit #36 on the Billboard Hot 100, the "Dank Season" featuring Seff Tha Gaffla and "I'll Be Around" (which hit #39 on the Billboard Hot 100).

Email ThisBlogThis!Share to TwitterShare to FacebookShare to Pinterest
Labels: Rappin 4 tay, Too Short