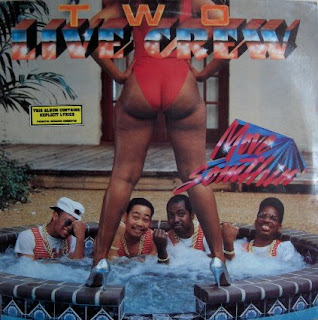 in 1987, a Florida record store clerk was acquitted of felony charges after selling the album to a 14-year-old girl. Campbell hit upon the idea of selling "clean" and "dirty" versions of the group's albums so that younger fans would have a less explicit alternative. 1987's Move Somethin' was the first album released in this format, and it became an even bigger underground hit than its predecessor thanks to notorious cuts like "One and One," an X-rated retelling of the Kinks' "All Day and All of the Night" (which established the Crew's penchant for blatantly copped samples). In 1988, a record store in Alabama was fined for selling a copy of Move Somethin' to an undercover cop (a conviction later overturned on appeal), setting the stage for the Crew's home state to declare war.