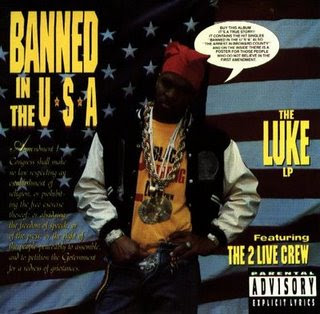 Capitalizing on the media frenzy, Campbell struck a distribution deal with Atlantic and put together a semipolitical album called Banned in the U.S.A., after securing rights for the title track from Bruce Springsteen; it was billed to Luke Featuring 2 Live Crew. It sold like hotcakes on first release, and the title single became the group's second Top 40 hit. In 1991, the group released the first full-length live rap album ever, Live in Concert, as well as the official follow-up to As Nasty as They Wanna Be, Sports Weekend. They sold disappointingly, especially considering the group's recent notoriety, and proved to be the last albums they would record together as a quartet. To compound matters, Luke Records was successfully sued for 1,600,000 million dollars in royalties by MC Shy D.