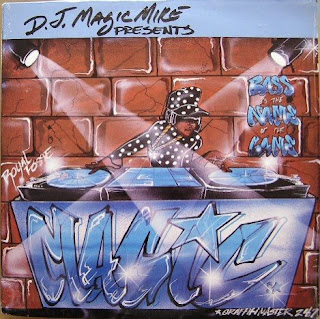 After realizing his back-breaking work for Clay D and Vision was not getting him the money nor fame he deserved, he returned to Orlando and landed a solo deal with the then unknown Cheetah Records, releasing his first batch of solo singles in 1988. Those led to a full length album in 1989 entitled "DJ Magic Mike and The Royal Posse", which featured many guest crews and rappers all based on his production and turntable antics. His following album Bass is the Name of the Game in 1990 saw the Miami Bass genre reach a zenith both creatively and commercially.

This one is my favorite bass album