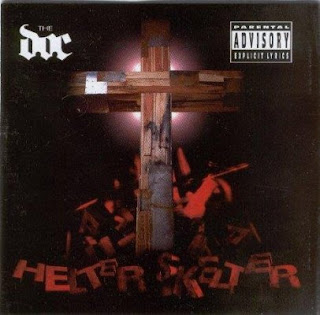 After releasing his debut album, No One Can Do It Better, the D.O.C. suffered a severe car accident that did irreparable damage to his vocal cords. It left him with a thin, raspy voice that was simply unusable for several years. In 1996, he made his admirable comeback with Helter Skelter. The backing tracks are solid gangsta rap recorded by a live band, and sometimes the harsh growl of his voice sounds threatening, giving the tracks a menacing power.

So at the time i was really into The D.O.C . "Its funky enough" was the 1st track i had ever heard. And Bammmm! I was hooked. But im thinkin everyone was.
Great Artist and musical influence
i did remember hearing about the car wreck and thought damn.. no more DOC.. But the Helter Skelter album was the fuckin anti christ of rap music. So enjoy this excellent album now if you slept on it then. its new to you and you'll like it. I Put dough on it. Late!!

Email ThisBlogThis!Share to TwitterShare to FacebookShare to Pinterest
Labels: DOC