The Great Adventures Of Slick Rick [1988] 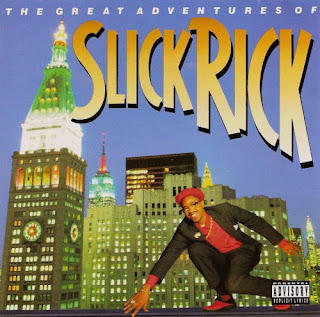 In June 2002, after performing on a Caribbean cruise ship, Rick was arrested by the INS as he re-entered the United States through Florida. He was promptly told that he was being deported because he is a British citizen; since he had been born in London and moved to the States as a youth. In 1996, a law was passed which called for foreigners convicted of violent felonies to be deported, a ruling which was more vigorously enforced amid heightened security concerns after the 09/11/2001 W.T.C Attacks. Rick was continuously refused bail, but after 17 months in prison he was released on November 7, 2003.

Rumours suggested that Rick The Ruler planned to release a new album, "The Adventure Continues," in 2007. However, in a recent XXL Magazine interview, he denied the claim. Rick is supposedly "waiting for a market to open up for a mature audience."

The Great Adventures Of Slick Rick [1988]