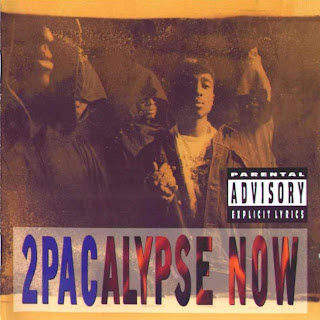 There is alot to say about 2 Pac, but one thing is certain. 2 Pac was a lyrical genius.
Any And All Info About Tupac (2 Pac) Shakur Can be found here.

In the late eighties, Shakur teamed up with Humpty-Hump (a.k.a. Eddie Humphrey, a.k.a. Gregory "Shock-G" Jacobs) and other Oakland-based rappers to create Digital Underground, a band intent on massive bass beats and frenetic, Parliament-Funkadelic-style rhythms. In 1990, the group released its debut and best album, Sex Packets, a pulsating testament to the boogie power of hip-hop, featuring two classic tracks, "Humpty Dance" and "Doowutchyalike." After an EP of re-mixes in 1991, D.U. released Sons of the P and, the following year, The Body-Hat Syndrome, all on Tommy Boy Records.

In 1992, Shakur entered a most fruitful five year period. He broke free of D.U. and made his solo debut, 2Pacalypse Now, a gangsta rap document that put him in the notorious, high-speed lane to stardom. That same year he starred in Juice, an acclaimed low-budget film about gangs which saw some Hollywood success. In 1993, he recorded and released Strictly 4 My N.I.G.G.A.Z., an album that found Shakur crossing over to the pop charts. Unfortunately, he also found himself on police blotters, when allegations of a violent attack on an off-duty police officer and sexual misconduct arose.

This album is perfect quality just move files
from part 2 folder over to part 1 folder after D.L