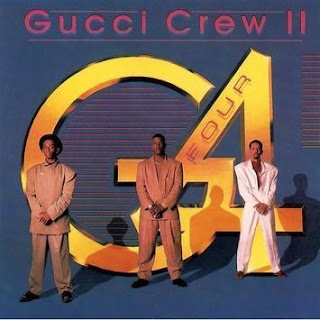 The Gucci Crew hired a new DJ and producer named Hollywood, and released their fourth and final album, "G4". The initial single, "Pushin'", received airplay on Yo! MTV Raps, but again failed to gain attention. It was the group's next single, "Booty Shake", that became a club anthem in the south eastern United States 1990/1991 and gained the act a whole new fanbase for a brief period.

By the end of 1991, the Miami Bass scene went through a complete makeover. 2 Live Crew had officially announced their breakup, sample clearance issues halted productions for many groups, and a couple breakthrough hits had changed the focus of the music to higher tempos for "booty shake" contests. It took until 1994 for any new material to come out under the Gucci Crew moniker. The two singles released did meet the new standards for the Miami Bass scene, although the act now only featured 240 Shorty and the singles failed to gain any substantial attention. The label closed out Gucci Crew's contract by funding no new productions, maximizing their existing catalog by releasing a greatest hits compilation later that year.

In December 2007, MC V (bka) Gucci was shot 6 times in the back and killed in Americus, Georgia. He was buried in Ocala, Florida. Disco Rick was the only former Gucci Crew II member that attended his funeral.