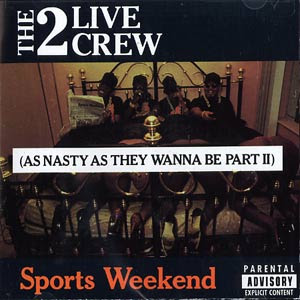 The last album from the original four Group members of the 2 Live Crew . This album never made it up the food chain like the first release (2 live is what we are) or As nasty as they wanna be. They tried to throw this one in and call it part 2 of (as nasty as the wanna be) But by then the Crew had lost the obscene flare the grew fame from. But fuck that shit its a 2 live crew record its a classic hall of fame album anyway.But on another note, Each member moved on to solo stuff and such. Mr mixx still doin it. Luke has had many different paths but is still successful, Fresh kid ice made some solo stuff. but never did much rappin. maybe other group members was helpin with the rhymes..