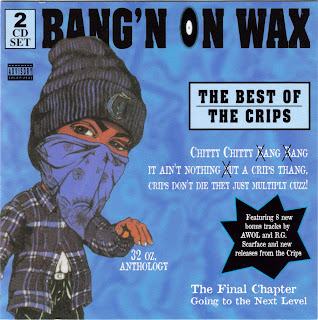 The Crips founded in Los Angeles, California in 1971 mainly by Raymond Washington and Stanley ' Tookie' Williams. What was once a single alliance between two autonomous gangs is now a loosely connected network of individual sets, often engaged in open warfare with one another.

The Crips are one of the largest and most violent associations of street gangs in the United States, with an estimated 30,000 to 35,000 members. The gang is known to be involved in murders, robberies, and drug dealing, among many other criminal pursuits. The gang is known for its gang members' use of the color blue in their clothing. However, this practice has waned due to police crackdowns on gang members.

Crips are publicly known to have an intense and bitter rivalry with the Bloods and lesser feuds with some Chicano gangs. Crips have been documented in the U.S. military, found in bases in the United States and abroad.

Williams recalled that a blue bandanna was first worn by Crips founding member Buddha, as a part of his color-coordinated clothing of blue Levi's, a blue shirt, and dark blue suspenders. A blue bandanna was worn in memorium to Buddha after he was shot and killed on February 23, 1973, which eventually became the color of blue associated with Crips