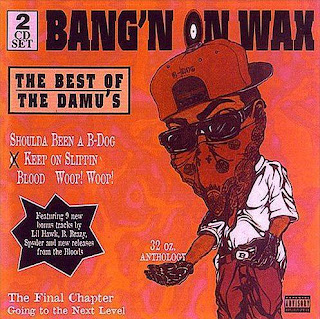 The Bloods are a street gang founded in Los Angeles, California. The gang is widely known for its rivalry with the Crips. They are identified by the red color worn by their members and by particular gang symbols, including distinctive hand signs. The Bloods are made up of various sub-groups known as "sets" between which significant differences exist such as colors, clothing, and operations, and political ideas which may be in open conflict with each other. Since their creation, the Blood gangs have branched out throughout the United States. Bloods have been documented in the US military, found in both US and overseas bases.

The United Blood Nation, simply called the Bloods, formed in 1993, within the New York City jail system on Rikers Island's GMDC (George Mochen Detention Center), sometimes called C 73. GMDC was used to segregate problem inmates from the rest of the detention center. Prior to this time period, the Latin Kings were the most prevalent and organized gang in the NYC jail system. The Latin Kings, with mostly Hispanic members, were targeting African American inmates with violence. These African American inmates, organized by some of the more violent and charismatic inmates, formed a protection group which they called the United Blood Nation. This United Blood Nation, which was actually a prison gang, was emulating the Bloods street gangs in Los Angeles, California. Several of the leaders of this recently created prison gang formed eight original Blood sets to recruit in their neighborhoods across New York City.

By 1996, thousands of members of the Blood street gang were establishing themselves as a formidable force among gangs and continued a steady drive for recruitment. At this time, the Bloods were more violent than other gangs but much less organized. Numerous slashings (razor blade or knife attacks) were reported during robberies and discovered to be initiations into the Bloods. This Blood in ritual became the trademark for the Bloods. Bloods recruited throughout the East Coast