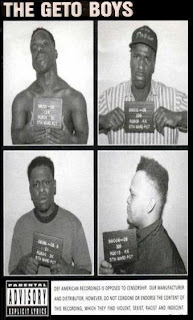 The group broke up shortly after and a new line-up was put together with the inclusion of Scarface and Willie D, both aspiring solo artists. Bushwick Bill Did his own thing as well

Email ThisBlogThis!Share to TwitterShare to FacebookShare to Pinterest
Labels: The Geto Boys