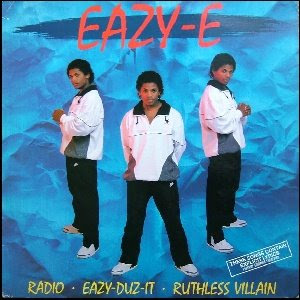 Eazy-E was a Kelly Park Hustler (AKA) Kelly Park Compton Crip during his teen years, and he openly associated himself with other Crips. MC Ren,Tweedy Bird Loc, and Lil Nation of CPO were among their members. AWOL, Crip Inch, Do Or Die, K-Tone,& Sin Loc from the Nationwide Rip Ridaz was also affiliated with the gang before his death. The Rip Ridaz were in collabo with the Damu Ridaz, Blood gang members and created the bangin on wax albums. Eazy didnt appear on the collaboration. Ill post those up later

Eazy E Changed his path later on, He sold drugs during his early teen years but invested the money he made into a hip hop enterprise. He is widely regarded as one of the founders of the gangsta rap sub genre and initially rose to fame as the founder and member of the group N.W.A, but later achieved critical and commercial success as a solo artist Releasing The full album Eazy Duz It, The sickest album in history. 20 years later i can still flow wit every word of it.

Its a Used Record too.. Lots of fried chicken for the vinyl heads.... I guess.

A1. Eazy-Duz-It
A2. Ruthless Villain

No it dont really say "Eazy MuthaPhukkin E"
As he requested..Nor does it inform everyone "He put compton on the map" Im kind disapointed myself, He was the real deal villan. [RIP] Eazy-E 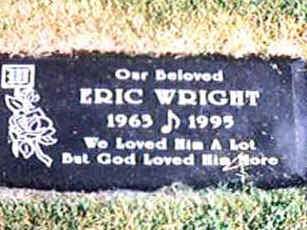