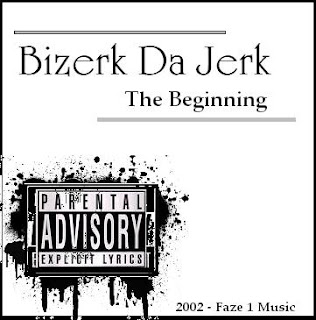 i met this guy in 1998 he had an 8 track recorder with a little keyboard. He was recording and i heard his stuff he let me chill at the studio and i made about 5 songs. then i lost contact with him... blah blah.. So in 2001 My Homeboy Caponelli hooked me up with "Eliot Slaughter" a jazz musician( Visit Him Here) He didnt really make rap beats but we all worked for a year and finished this album in 2002. His piano skills are fuckin nutts. he is a great artist and performer. This album was my first attempt on the mic in a real solid booth with the whole nine yards. The vocals are off here and there, but hey.. i was a rookie. check out my new shit here.
So i sold alot of copies of this. i was really suprised myself i didnt think my vocals sounded right, or maybe more like delivery skills but yo. everyone seems to like it. me and 2 Face sold the shit out of it.. you might like it too.. never know
.. Much love to everyone that supported me and my ways then and now...